In 30 years, mammograms have saved half a million lives 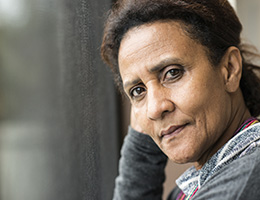 Doctors use screening mammograms to check for very early signs of breast cancer in women who don't have any signs or symptoms of cancer. Cases of breast cancer found through screening are likely to be diagnosed at an early stage—before the cancer spreads. And that's when breast cancer treatment typically works best.

Mammograms came into widespread use in the 1980s. Breast cancer treatments have improved since then too. How many deaths were prevented by this one-two punch? To find out, researchers compared death records and other data for women ages 40 to 84. Based on that data, they estimated that:

When to start screening

According to the American Cancer Society, women at average risk of breast cancer:

Women at higher risk for breast cancer (such as those with a significant family history or who have inherited a gene that makes them vulnerable) should get a mammogram along with an MRI scan (a more sensitive imaging test) every year starting at age 30.

The study appears in the journal Cancer.

Get ready for your next mammogram

You can take steps to help ensure an accurate and easy mammogram. Check out these tips.