Regular human insulin is as safe and effective as pricy options 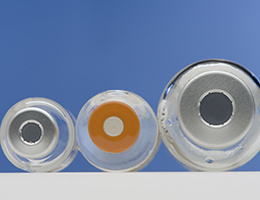 Feb. 20, 2019—People who switch from newer insulin medicines to regular human insulin may not see much difference in their health.

But they could see a welcome change to their wallet.

In the U.S., the cost of insulin has risen dramatically—with newer, analogue insulin medications costing the most. Researchers wanted to see if less expensive human insulin could be just as effective as the newer drugs.

Participants in the study were older adults with type 2 diabetes enrolled in a Medicare Advantage plan. The health plan switched half of the adults from a newer insulin to human insulin. The other half remained on the newer insulin. All the participants' A1C levels were tested before and during the study and one year afterward.

As a group, there was a small increase of 0.14 percent in the A1C level of those on human insulin. The amount was so small, it was deemed not clinically meaningful by the researchers. There was also no significant difference in the rate of serious blood sugar events between the groups.

The cost savings were significant, however. Human insulin costs about one-tenth of the amount for newer forms of insulin, the study found.

The study suggests that making a switch to human insulin may be a safe, effective and economical choice, the researchers said.

The study was published in JAMA.

A1C tests are just one of the checkups people with diabetes should get. If you have diabetes, find out more about tests you may need.